We Went to Vegas!

Previous Next
We Went to Vegas!

The week of August 23rd & 24th, a few members of the LightSpeed VT Midwest team, here in Wichita, flew to Las Vegas to attend a two-day Success Summit thrown by the LightSpeed VT corporate office at the M Resort & Spa. The purpose of the Summit was to gather both existing and potential clients to collaborate and discuss marketing and course strategies that are working, how to increase sales, and to see all the new features that LightSpeed VT is rolling out! 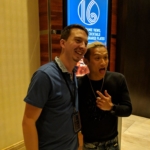 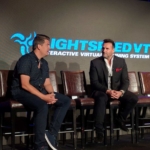 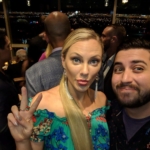 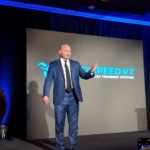 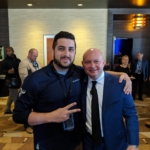 We experienced two full days, jam-packed with content from successful keynote speakers. Our pens couldn’t write fast enough to notate everything we were learning. We heard from Tim Grover, Pete Vargas, YouTube influencer Nicole Arbour, along with 14 other speakers and professionals.

Among them was Weldon Long, a man who spent 13 years in and out of prison and dropped out of school at 9th grade. Just before his last 7 year stint in the pen, Weldon had a son. After one year in, Long’s father died. Both of these factors suddenly struck a chord in Long, he had always told himself that he’d get cleaned up some day and his father would be proud of him, but the last time they spoke, his father was far less than proud at his punk kid for heading back to prison for the third time. Weldon decided that what he had to do now, was become a great person and make his own newborn son proud to call him father. So that’s exactly what he did, he told himself he was an honorable person, saved a prison guard’s life, was told by the warden that he was honorable, was released, was homeless, and started his own business. Today Weldon is a successful keynote speaker and has built his personal wealth to the millions. The accomplishment he’s most proud of though was that his son now says he is proud of him.

That story made just about everyone in the audience feel slightly lousy that we didn’t have near as many obstacles and yet Weldon surpassed us. On a lighter note, Patch Baker, digital marketing expert and CEO of Mobius Media Solutions, is a Marine Corps Combat Veteran, has built and sold 5 companies with a talent for expanding and diversifying client sourcing and revenue streams. Throughout his career, his true passion has always been about the “build”, and the “chase”, of the next major milestone of growth. He spoke about how to use Facebook Pixel and Google Analytics to track and monitor your current clientele as well as how to use that information to better target new clientele.

We could go on and on about each speaker at the event, but luckily for our clients currently using the platform, we filmed everything and the content is available to watch with our system.

New technology in the LightSpeed VT system was also announced. The showpiece of the event was the unveiling of our new interactive video creator. It allows you to make your own interactive content on the fly, whether you want to use professionally edited video or even something as simple as your iPhone. Our system makes it user-friendly to create your own interactive content that you can then use as courseware or a landing page to better capture and understand your audience.

Our company plans to start doing these Summits at least twice a year. If you’re interested in meeting and being involved next time, email Andru at andru.hull@lightspeedvt.com